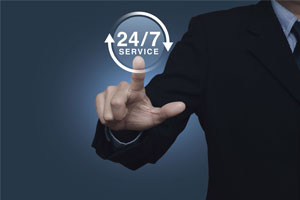 Peter Bonner & Co was established in Lewisham over 25 years ago and has practiced in criminal law across South East London and Kent throughout this time.

We aim to offer all our clients the highest levels of advice and representation at all levels from the Police Station, Magistrates’ and Crown Courts to the Court of Appeal.

At Peter Bonner & Co we will advise you of your rights, prepare you for your Court appearance and explain the Court procedures so you understand what’s happening. In Court we’ll defend your case clearly and strongly to give you the best possible outcome. We regularly appear in Magistrates’ Court and Crown Court. We act for both legally aided and privately funded across the whole range of offences, including:

Contact us to talk to an experienced criminal solicitor in Lewisham.

Peter Bonner & Co was established in Lewisham over 25 years ago and has practiced in criminal law across South East London and Kent throughout this time.

We have been in the Lewisham area for more than 25 years.
We represent the vulnerable and innocent.
We provide excellent customer service, supporting clients through each stage of their criminal matter.
We are available 24 hours, 7 days a week. We have extensive experience in dealing with a diverse range of individuals.

This website uses cookies to improve your experience while you navigate through the website. Out of these, the cookies that are categorized as necessary are stored on your browser as they are essential for the working of basic functionalities of the website. We also use third-party cookies that help us analyze and understand how you use this website. These cookies will be stored in your browser only with your consent. You also have the option to opt-out of these cookies. But opting out of some of these cookies may affect your browsing experience.
Necessary Always Enabled

Any cookies that may not be particularly necessary for the website to function and is used specifically to collect user personal data via analytics, ads, other embedded contents are termed as non-necessary cookies. It is mandatory to procure user consent prior to running these cookies on your website.